The ISFJ is one of 16 types from the popular Myers-Briggs tradition. In this post, you’ll learn about how the ISFJ type is related to the modern, scientific personality system known as the Big Five. You’ll also see the interpersonal behaviors and career interests that many ISFJs have in common.

You can jump straight to any section by clicking the links below. Otherwise, we’ll start with the classic definition of the ISFJ personality type.

I. Definition of the ISFJ Personality Type

I. Definition of the ISFJ personality type

Introverted people are focused inwards. They prefer the inner world of ideas and reflection over the external world of people and actions.

People who prefer Sensing tend to gather information through direct observation. They use their five senses to uncover facts and are more skeptical of more intuitive, theoretical approaches to learning and understanding.

People who prefer Feeling use empathy, consensus, and harmony to guide their decisions. Unlike those who prefer Thinking, they are less constrained by logic, correctness, and consistency in their decision-making.

People who prefer Judging tend to relate to other people through their decision-making preference, which is Feeling for ISFJs. Other people will see FJ-types, like the ISFJ, as empathetic and concerned for others.

Below, I’ll describe how ISFJs fit into the modern world of personality dimensions.

How does this relate to the ISFJ? People with the same type tend to have similar (but not identical) Big Five dimensions.

The graph below shows how ISFJs score on the Big Five dimensions. Each blue dot is an ISFJ, and darker blue areas mean more ISFJs are in that area.

Below, you can see more detail on how ISFJs score on each Big Five dimension.

Most ISFJs score near the average on Conscientiousness, although a few may score at the extremes.

Less conscientious people tend to be more spontaneous or impulsive. They are more interested in the present or short-term future, and more likely to change their mind, or change direction when obstacles arise.

ISFJs usually score lower on Extraversion, with about 85% of ISFJs scoring below average or on the more introverted side of the scale.

Highly introverted people, like many ISFJs, are more socially reserved and quiet. They have a lower tolerance for highly stimulating environments and often retreat to calm and quiet situations in solitude. They also experience positive emotions less intensely and less frequently. For example, others may notice that introverts tend to smile and laugh less often than most.

ISFJs typically score highly on Agreeableness, and about 90% of ISFJs score above average on this dimension.

Highly agreeable people, like most ISFJs, feel a more substantial need to keep warmer, friendlier relationships with others and are naturally more hesitant to impose their will on other people. They will be more considerate of how their actions impact other people, and they will try to reduce or resolve interpersonal conflicts when they arise.

Less agreeable (or more demanding) people are often less concerned with others when pursuing their own goals. They are more willing to create conflict or express disagreement across most situations, and they feel less discomfort during interpersonal disputes.

ISFJs vary widely in Neuroticism. While most fall slightly above average, you can find ISFJs across their entire spectrum of this dimension.

No two ISFJs are the same. Learn about your unique blend of personality dimensions.

There are at least three exceptional patterns commonly seen in the ISFJs:

Extraversion and Openness are both related to seeking out different types of stimulation (social engagement vs. new information). ISFJs tend to score low on both of these dimensions, and they will have a high tolerance for the routine and mundane. They can be steady and predictable, and rarely need to shake things up and try something new.

While ISFJs are typically warm and friendly, only a few people may get to know them well enough to see this side. They often have an unusual blend of high Agreeableness and low Extraversion. These dimensions describe distinct aspects of our social behavior.

Highly agreeable people, like most ISFJs, are sensitive to the emotions of others, and are relatively compassionate, trusting, and cooperative. At the same time, they are far less likely to seek out social engagement or initiate new relationships, as described by their higher introversion.

For most ISFJs, honesty is always the best policy.

With their blend of high Agreeableness and lower Openness to Experience, ISFJs tend to be highly trustworthy and highly trusting of others. They are more likely to take others at their word, and they often find it deeply uncomfortable to argue or take advantage of other people. Instead, ISFJs prefer to be themselves, openly and honestly, even if it sometimes puts them at a disadvantage.

How others describe the ISFJ

How do other people see and describe ISFJs?

The wordcloud below shows the top 100 words used to describe people with similar Big Five personality dimensions as a typical ISFJ. Larger words describe the more prominent aspects of ISFJs.

Because no two ISFJs are the same, some of the words above may be better descriptors of a particular individual than others. You can see your personality’s own unique set of words with TraitLab’s free assessment.

The shaded blue area shows the typical interpersonal style of ISFJs across eight dimensions. Notice the areas where the blue area extends closer to the outer edges of the circle. These are the aspects that most heavily influence ISFJs’ interactions.

The chart below shows how the personality traits of ISFJs are related to the classic RIASEC career interests: Realistic, Investigative, Artistic, Social, Enterprising, and Conventional. Your unique blend of these interests has a considerable influence on how well a career feels like a good fit.

But, you’ll also find ISFJs the entire range of each dimension. While most ISFJs tend to have relatively lower Realistic interests, there are still a few ISFJs who score very highly on them.

Most ISFJs tend to have the following pattern of interests:

ISFJs’ most robust interest is Social, meaning they will fit well in jobs involving helping, teaching, and building relationships. Examples of careers with a Social focus include:

ISFJs are less interested in jobs with heavy Enterprising and Investigative demands. These positions tend to focus more on data than on personal relationships. ISFJs may be highly competent in any of these roles, but their natural strengths may be underused. Examples of these roles include:

Your personality type only gives you a rough approximation of your underlying traits. As described in this post, ISFJs can vary widely in their Big Five dimensions, interpersonal style, and career interests. Just knowing that you are an ISFJ doesn’t tell you that much.

So what’s the next step? Skip the types entirely and learn about your unique blend of personality traits, interpersonal style, and career interests by measuring them directly here at TraitLab. Get started for free and see your Big Five dimensions with the Basic assessment. 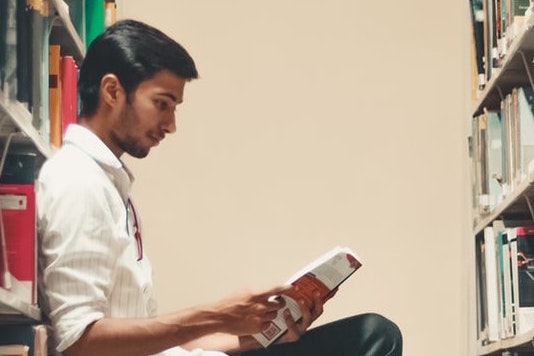 The INFJ is quiet, reflective, empathetic, and an idealist at heart. 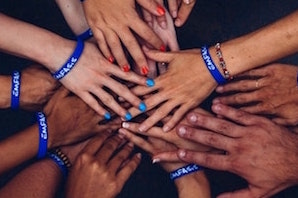 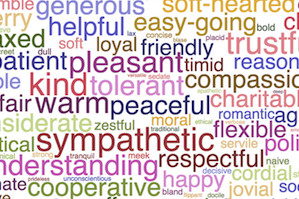 Learn 100 Words to Describe Yourself 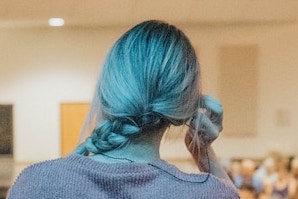