Which personality tests were actually used in research in 2021?

Are you interested in personality but overwhelmed by the number of personality tests out there?

I ranked 15 personality tests and models by how often they appeared in peer-reviewed personality research journals in 2021.

This ranking method prioritizes methods that are well-established in personality science. If you care about validity and reliability, then you are in the right place. However, if you are only looking for the most popular or entertaining assessment, this list is not for you!

Why does it matter if a test appears in peer-reviewed research journals? Publication in these journals indicates that experts in the field reviewed the methods, results, and conclusions. In addition, the studies in these journals often connect personality measures to important areas of life, such as health, well-being, career, and relationships.

Comparing popular personality tests to the scientific literature offers some defense against the heavy marketing seen in this area. The creators of personality tests often make exciting claims about their usefulness and accuracy, but very few of them ever back up their claims in peer-reviewed publications.

If you think I’ve missed anything in this list, don’t hesitate to get in touch with me. Now, on to the rankings!

The Big Five framework is the clear leader in modern personality research. In the last five years, the Big Five has appeared in 735 different scientific publications, more than all other assessments and models combined.

You may already be familiar with the five “big” dimensions in the Big Five: Openness to Experience, Conscientiousness, Extraversion, Agreeableness, and Neuroticism.

Unlike most personality frameworks, the Big Five was not created by any single person, research team, or company. Instead, over several decades, personality researchers independently observed similar recurring dimensions (correlations between traits and behaviors) in large research datasets.

Because it is a scientific framework and not proprietary, no individual or company owns the Big Five. Over the years, researchers have developed several different methods for assessing the Big Five dimensions, and you can easily find many of them with a Google search. The vast majority of these online assessments will give you a simple description of your position on five dimensions.

For a more detailed assessment, TraitLab accounts include descriptions of all 45 dimensions in the Big Five framework. You can create your free account here. 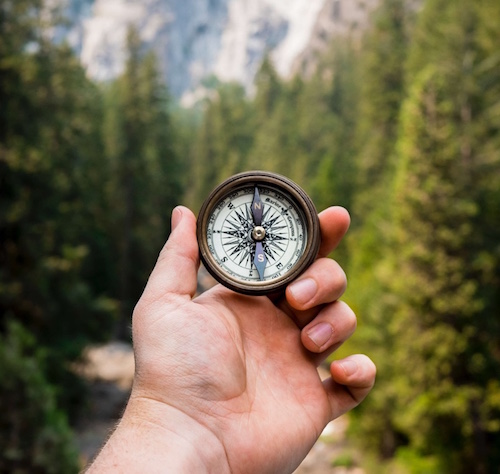 It's time to find yourself

Improve your self-awareness with science-based tools.

Although a distant second to the Big Five, the HEXACO framework is relatively popular among current personality researchers. The letters in HEXACO refer to the six broad dimensions in this framework: Honesty-Humity, Emotionality, eXtraversion, Agreeableness, Conscientiousness, and Openness to Experience.

HEXACO and the Big Five are alternate ways to describe commonly observed patterns of personality dimensions, and they overlap significantly. However, a critical difference between the two frameworks centers on Honesty-Humility. The HEXACO framework treats Honesty-Humility as distinct from Agreeableness, whereas the Big Five lumps the two dimensions together.

You can learn more about HEXACO at https://hexaco.org/.

The Minnesota Multiphasic Personality Inventory (MMPI) is a specialized assessment designed for clinical, psychiatric, and medical settings. Whereas most personality assessments measure broad differences in normal individuals in non-clinical settings, the MMPI assesses a range of mental health and behavioral problems. Despite its specialized nature, the MMPI appears in personality research relatively often.

The earliest version of the MMPI appeared in the 1940s, as detailed by University of Minnesota psychologists S. R. Hathaway, Ph.D., and J. C. McKinley, M.D. in a report in The Journal of Psychology. Since then, researchers have developed alternate forms specifically designed for adolescents (MMPI-A) or adults (MMPI-2).

The MMPI includes several scales to measure tendencies that could undermine assessment validity, such as exaggeration, willingness to acknowledge faults, defensiveness, and response consistency. The MMPI also includes scales for depression, paranoia, hypomania, antisocial behavior, and several others to assess specific psychological or behavioral issues.

The MMPI is published by the University of Minnesota Press.

Several variations of the EPQ exist, but all versions include short questions which require a YES/NO or TRUE/FALSE response. For example, “Do you generally do and say things quickly without stopping to think?” or “Do you worry about awful things that might happen?”.

Hans J. Eysenck and Sybil B. G. Eysenck developed the original EPQ, and this was a follow-up to an earlier assessment, the Eysenck Personality Inventory, by the same researchers. The EPQ appeared in 1975. Further revisions include EPQ-R (1993) and a shortened version, the EPQ-S (2001).

In the Rorschach test (also known as the Rorschach task), a person views a series of ambiguous inkblots while describing their interpretation of each. For example, a person is shown the inkblot below and must tell what they see (the most common response for this particular inkblot is some type of four-legged animal).

In theory, each inkblot elicits an open-ended response, and this response includes information about the participant’s personality and other psychological characteristics. Administrators score the response using their interpretation or a more standardized scoring system, such as the Rorschach Comprehensive System or the Rorschach Performance Assessment System.

Hermann Rorschach, a Swiss psychiatrist, began investigating inkblot interpretations during his dissertation research. Eventually, he described the inkblot procedure in his 1921 monograph, Psychodiagnostik. The English translation appeared in 1942 as Psychodiagnostics: A Diagnostic Test Based on Perception. While Rorschach himself died only a year after publishing his monograph, his inkblot task has since transcended psychological research and become a widely recognized (and controversial) psychological procedure in popular culture.

Discover your unique blend of dozens of personality dimensions.

The 16 Personality Factor Questionnaire (also known as 16PF or 16PFQ) measures 16 specific dimensions and five global personality dimensions commonly observed in normal populations. The 16PF is a well-established, valid, and reliable measure backed by decades of empirical research. It has no relation to the popular “16 personalities” or “personality type” quizzes seen elsewhere online.

The 16PF was developed by psychologist Raymond Cattell, who relied heavily on applying a statistical technique known as factor analysis to discover and refine his proposed personality structure. Cattell published the original 16PF in 1949, publishing several revisions over the coming years (the 5th edition appeared in 1993). The 16PF includes 185 multiple-choice items organized into 16 primary scales, five secondary scales, and three validity scales.

The 16 primary scales describe highly specific dimensions of personality observed in normal populations, such as Bold-Shy, Tense-Relaxed, and Lively-Serious.

However, several of these scales correlate with each other. By combining the correlated primary scales, the 16PF also presents five higher-order, secondary, or “global” dimensions: Receptivity, Self-Control, Extraversion/Introversion, Accommodation, and Anxiety. These global 16PF dimensions parallel the commonly known Big Five dimensions of Openness, Conscientiousness, Extraversion, Agreeableness, and Neuroticism.

According to Harrison Gough, Ph.D. developer of the California Psychological Inventory (CPI), this assessment can provide “a true-to-life picture of the person who was tested.”1 The goal of the CPI is to measure commonly-observed, everyday aspects of personality and predict important interpersonal behaviors.

The original CPI appeared in 1956, followed by several revisions over the years. The most recent version of the CPI contains over 400 brief items. These items yield scores for 20 “folk” dimensions, or dimensions commonly recognized in everyday life, such as dominance, empathy, responsibility, flexibility, and intellectual efficiency.

In addition to the 20 folk dimensions described by Gough, researchers have more recently shown that one can also use CPI items to assess the Big Five personality dimensions.2

The authors of the HPI, Robert Hogan Ph.D. and Joyce Hogan Ph.D. note that the HPI originated in the late 1970s as a project in a graduate class.3 Since its introduction, the HPI has primarily served as a personnel selection tool by private and government organizations. The Hogan Personality Inventory Manual provides interpretations of high and low scores across each of the seven primary scales and their relation to several job families.

The Myers-Briggs Type Indicator (also known as the MBTI) classifies people into one of 16 psychological types, based on their position on four preferences: Extraverted vs. Introversion, Sensing vs. Intuition, Thinking vs. Feeling, and Judging vs. Perceiving. The Myers-Briggs Foundation suggests that these type classifications can help “organizations to support many functions and situations including: managing others, development of leadership skills, conflict resolution, executive coaching, change management, and other more customized needs.”

Despite its massive popularity in popular and corporate culture, the MBTI appeared near the bottom of the 2021 research-based rankings of personality tests. The MBTI was mentioned four times in peer-reviewed personality journals in 2021; however, a closer look at these mentions revealed that none of these four publications used the MBTI assessment as part of the research methodology.

So, as of October, no peer-reviewed studies used the MBTI in 2021. If this is surprising, you may be interested in this MBTI critique by Adam Grant, Professor of Psychology at the University of Pennsylvania.

TraitLab does not use MBTI typologies for any practical purposes, but the results in your free TraitLab account include predictions of how a tool like the MTBI might classify you. These predictions are possible because several published research studies show that the four preferences correlate with the more precise Big Five dimensions. These typology predictions are helpful for those familiar with MBTI but looking for a bridge to more modern, science-based methods.

Personality assessments with no research results in 2021

The remaining six assessments — the Enneagram, DISC profile, High5, Color Personality Test, Caliper Profile, and StrengthsFinder — frequently appear in lists of popular personality measures but did not appear in any of the ten peer-reviewed journals in 2021.

While these six assessments are not used in scientific research, they may still have some practical value. However, their absence from peer-reviewed studies is a serious hurdle to anyone attempting to tie their results to the broader scientific literature on personality.

Your personality influences your career interests, relationships, strengths, and more. Learn about your unique blend of personality dimensions.

The ten peer-review personality journals were:

I used Google Scholar’s Advanced Search, limiting the search to the above journals in 2021.

Keywords (and alternate keywords) for each assessment or model were:

Learn 100 Words to Describe Yourself